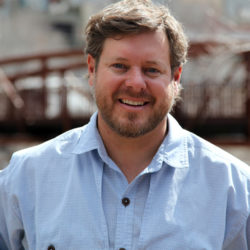 A native of Durango, Dan is the owner of Rivergate Physical Therapy. He graduated in 1993 with distinction from The Colorado College and has a Liberal Arts and Science Degree in Biological Anthropology. He then worked several years as a firefighter/paramedic for Durango Fire Department and Mercy Paramedics. Dan received his Masters of Science in Physical Therapy from The University of Colorado Health Sciences Center in 2001. Since Graduation, He has worked in outpatient orthopedics and is certified to do Trigger Point Dry Needling / Intra Muscular stimulation and spinal manipulation.

Dan enjoys telemark skiing and working on the ski patrol for Durango Mountain Resort on the weekends. When the snow melts, he plays soccer, mountain bikes, enjoys trail running, rafting, kayaking, hiking, rock climbing and climbing 14ers. Dan also loves to travel and when he gets the opportunity, he scuba dives and snorkels. He also enjoys rafting, camping, and skiing with his wife and two daughters.

Dan has specialized training in: 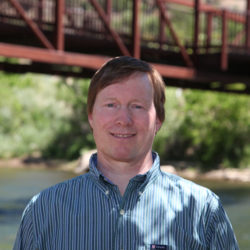 Rick moved to Durango from Prescott, AZ in 2012. He originally received a Bachelor of Science in Business Administration from Northern Arizona University (NAU) in 1986. He became interested in exercise science and returned to NAU, graduating with a Master’s Degree in Exercise Science in 1994, and then on to a Master of Physical Therapy Degree in 1997. He has more than 20 years’ experience, which includes 2 years of Home Health physical therapy, otherwise, he has extensive experience in outpatient orthopedics, emphasizing manual therapy and exercise progression. He also specializes in Astym® treatment, which is a non-invasive manual technique which is effective in the treatment of strains/sprains, repetitive motion injuries, post-surgical scarring, or other soft tissue dysfunctions.

Rick is an avid cyclist, enjoys mountain biking, and has been a competitive road cyclist since 1987, winning Arizona State Championships multiple times for categories of time trial, criterium, road race, and hill climb, and has been on the podium at Masters Road National Championships 3 times. He also is active with hiking, backpacking, downhill and cross-country skiing, horseback riding, and scuba diving.

Rick has specialized training in: 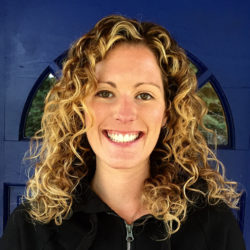 Jessica moved from Tulsa, Oklahoma with her husband to pursue their active life styles in a close knit community central to the mountains. Jessica graduated with her Master’s degree in physical therapy from the University of Oklahoma Health Sciences Center in Tulsa, Oklahoma in 2010. Jessica has primarily worked in an outpatient orthopedic setting, but has experience in acute care and home health settings. She values unique exercises and hands on techniques to re-mediate impairments and disabilities, to ultimately promote mobility, functional ability, quality of life, and movement potential. 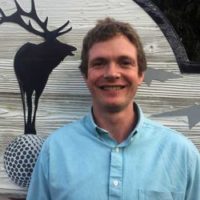 Ben is originally from Montgomery, Alabama. He first came to Denver, Colorado in 2003 to serve in an Americorps program. After completing his 11 months of service, he moved to Leadville, CO to attend Colorado Mountain College, where he received an Associate of Arts in Outdoor Education in 2006.

Jessica has specialized training in:

In 2007 he moved to Durango where he continued his education, receiving a Bachelor’s of Arts in Exercise Science degree from Fort Lewis College. Ben works at Rivergate Physical Therapy as a Physical Therapist Technician and performs home caregiving services for elderly families. In 2017, Ben received an Associate of Science degree in Physical Therapist Assistant from San Juan College in Farmington, NM.  Since graduating, he has gained experience in both Outpatient PT and Inpatient PT.  When he is not working, he enjoys spending time with his new wife, their dog Eno, rock climbing, and being outdoors.